Psyche scarring from "horrible events" can leave you with fixed considerations that interfere with your evaluation of present time events. Because a classmate with black hair rejected you, and spread lies about you in school, do you now expect the worst from people with black hair? Because a dog bit you when you were little, do you now live a life that is occasionally deflected by an involuntary fear of dogs?

How do you remove the influences of the past on your present-time consciousness? Is it possible to re-evaluate the considerations that arise from your memories? Experienced explorers of consciousness agree, "Yes you can!"

The injuries and humiliations that you suffered in the past are over and gone. Time and circumstance have changed and so can you. Here is one of those 'secrets of the ages' that Avatar students keep discovering: how much you let the past affect you is under your control.

"Now wait a minute, Harry," you say. "Some of the things that happened to me were horrible events."

"No one should have to experience them."

"The reason I still consider them (consciously or unconsciously) in my evaluation of current events is to keep the horrible event from happening again."

Not always true. In fact your fixed considerations actually set you up with expectations of the horrible event reoccurring. Expectations can shape how you experience reality.

Let me tell about an incident from my college days. For a long time I had a very strong resistance to the odor of diethyl ether. Probably because as a child it had been used on me as an anesthetic. The considerations that I carried from that "horrible experience" caused me to feel fearful and ill every time I got a whiff of the stuff. If the odor was too strong, it gave me a headache and I would start to vomit. Personally, if you had asked me, I would have told you that the odor of diethyl ether was the worst thing that anyone could experience.

Then I met a redheaded co-ed that was studying pre-med and she invited me to a party. "It will be very cool, " she said. "It is being held by a group of med students that are very advant garde." Hey, who is going to turn down a good-looking redhead? Well? 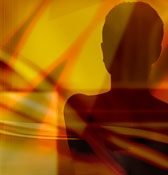 The surprise came when we arrived at the party and I discovered that these advant garde medicos were mellowing the party by evaporating ether into the room. The redhead was delighted. Can you believe that? Me? I gagged, stumbled out the door, and puked in the stairway. An inglorious exit and an abrupt end to what might have been an adventurous relationship. My past considerations had nailed me.

Several years later, I had the opportunity to relive the childhood operation that was performed under ether. After releasing my resistance to the "horrible event", I was able to change my consideration about the odor of diethyl ether. It became a neutral event with me. Experiencing my own resistance allowed me to re-evaluate the consideration that I was carrying from the past.

So are psychic scars real? Yes, as long as you don't remove them by an effective consciousness re-evaluation technique. The elements of the past that affect our mental outlooks are the ones that we resist experiencing and subsequently carry forward in time.

How did it start?

In 1987, transcripts of several of my lectures, and some hastily written research notes, were gathered and presented as the original Avatar Course. Forgive the pretension, but even this early course, as cobbled and unprofessional as it was compared to our present curriculum, won instant acclaim from students.

What the course did then, and does even better today, was set forth instructions for identifying and using certain mental abilities that everyone more or less possesses. When these mental abilities are employed in exact sequences and combinations they literally unlock the mechanics of experience. Students are able to make (near instantaneous in some cases) self-determined changes in their emotional conditions and mental states.

Friends told friends and the news rippled around the world.

Today, the Avatar Course is delivered in 19 languages in more than 67 different countries. Tens of thousands of people, from all walks of life, have completed the training. A network of 10,000+ Avatar Course teachers (masters) circles the globe.

A friend told me a story that illustrates a different kind of connection that he made between the present and the past. For many years he had a memory of being very small and alone in his crib and a guardian angel appeared and comforted him by stroking his hair. The memory often came to him in troubled times, but it left him wondering if it had been a dream or an actual manifestation of his guardian angel.

One afternoon he was doing a regression exercise on the Avatar Course. The exercise left him witnessing his life track from a higher-self viewpoint. At one point he saw himself alone in his crib and he suddenly felt such compassion for the small child that he slipped out of the witness viewpoint and stroked the child's hair. Across time, he became his own guardian angel.

Are there events in your past that you could re-visit and perhaps offer some comfort to the self-you-were- at-that-moment-in-time?

From the book
Living Deliberately
by Harry Palmer

"I left Los Angeles skeptical of all psychological paradigms that have us bearing the burden of our past around with us--presumably tucked into the wrinkles of the brain or stored electrochemically in some fusion of mind and brain. How much does the past really influence me? I kept asking myself the question: If that made me do this, what made me do that? The detached part of me, which I discovered I could contact by honestly feeling "everything is okay," was amused by the idea that anything could make me do anything--can God create a stone that is so heavy that even He can't lift it? Maybe, I thought, if He wants to."

"So a piece of the Avatar materials slid into place: The past influences you as long as you let it. From the detached part that was watching, it was perfectly clear. The past and future do not exist unless I deliberately (or by some default setting) decide to create a memory or image of them in present time. The PAST is not the source of the present; the PRESENT is the source of the past and the source of the future!"
"It's all here, right now! The present is the beginning of time."