There are at least two categories of identities. The first are role identities, which are deliberately created and exist only for as long as you create them, and second are persistent identities, which exist continually, exactly as they were unconsciously copied in some past moment.

Just Who Do You Think You Are?

The presumed intention of the speaker is to communicate to someone that they have somehow become confused and aren't who they think they are. "Just who do you think you are?" It is not so much a question as it is a statement. It is often followed by an unkindly appraisal such as, "I'll tell you who you are..."

Abusive intent aside, the speaker has at least a dim comprehension that identities have more to do with thoughts, ideas, and beliefs than with physical appearances. And in that respect, he or she has communicated an important truth.

There are at least two categories of identities. The first are role identities, which are deliberately created and exist only for as long as you create them. These are the replication of role models – abstract self-images that you can assume at will. Most people have many of these and can modify them quite easily: Rich man, poor man, beggar man, thief. Doctor, lawyer, Indian chief.

When you wish to be identified, you assume one of these role identities. It is like handing out a business card. The one you assume may be exactly like one you assumed in the past, giving the impression of continuity, and allowing recognition and prediction by others. "Oh, it is the postman." Or you may assume an entirely new identity (you have many, remember) that you pattern according to a different role model. This new identity sends the message that you have changed, at least superficially, which is likely to draw from certain people the response: "Who do you think you are!"

This is another way of saying: "Will you please go back to creating yourself the way you were." (Your plan for personal growth has just come into conflict with someone who doesn't want you to change.)

The second category is persistent identities, which exist, with only slight modifications, exactly as they were unconsciously copied in some past moment. Persistent identities are what you display when you are not deliberately displaying role identities. They are automatically triggered by the environment or by other people. They seem to be independent of your control, leading some people to mistakenly consider them facets of the real self.

The two categories of identities function in similar ways: they act as filters and interpreters. They set standards for what is right or wrong, what is good or bad, what comprises satisfaction or causes suffering. They generate considerations and assumptions. Your warrior identity probably has different standards than your holy man identity, and your mother identity probably has different standards than your professional identity. The same experience might be welcomed by one identity but resisted by a different identity.

Before Avatar appeared on the scene, there was a great variance from person to person, and from technique to technique, as to how much, if any, persistent identities could be modified. Most people could be trained into role identities with punishments and rewards.  Colleges and universities turned out doctors, lawyers, and engineers – role identities that could be modified with some effort. However, the persistent identities, regardless of the chosen role identity, persisted in influencing behaviors. This persistence influence led some to assume (again mistakenly) that there was a basic personality that could not be changed.

Leaders of the human potential movement were the first to understand the potential of working on persistent identities. They reasoned that if people could change their pesistent identities, they would have no restrictions on shaping their lives. Criminals could be rehabilitated; outcasts could gain social acceptance; and anyone could create without self-sabotaging. But the mental slate was not easy to erase.

Many self-improvement workshops were (and still are) based on empowering successful role identities. The goal is for a specific role identity to become so habitual that it suppresses the influence of the persistent identities. Generally, they fail. 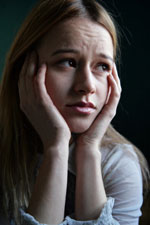 Overwrite approaches work for a short time. Eventually they make matters worse by creating an inner conflict between idealized role identities and the persistent identities – who you want to be versus who you can't help being. Over time this conflict causes a loss of self-confidence, self-esteem, and self-respect. These unfortunate side effects intensify any seminal psychological problems, and may be one of the reasons for the market explosion of antipsychotic medications.

So some people quietly took their meds, or clung to their enablers, or spent more money on more therapy, hoping or pretending they had modified their persistent identities. Socially, for approval or advantage, they would display new behaviors, but it was exhausting, and privately, nothing had really changed.

The bottom line was that persistent identities were personally unique structures that only their original builders could modify. No amount of hammering, drugging, or persuasion by anyone else would produce a lasting result. The right tools had to be put back into the hands of the builder. This became quite difficult when the original builder had disappeared, or was convinced that he or she was really the suffering tenant of a wrong construction – trapped in an identity over which he or she had no control. Every effort to forcibly insist that the suffering tenant was really the builder in disguise only added to the misery.

The Persistent Identity Handle has since been successfully employed by thousands of Avatar Masters.

What are "primaries" and "secondaries"?

A primary is an origination that is issued with sufficient intention that it creates a reality for the originator. For example, "I am happy," and the originator becomes happy. It is a tool for shaping future experiences.

A secondary is something that is created other than what is intended. It is an obstacle that is stirred up by a primary. For example, " I am happy," and the originator feels disappointed that he didn't become happy. The feeling of disappointment is a secondary.

Secondaries can be processed until they no longer arise automatically, and the primary creates.

Objective:
To demonstrate the effect of changing viewpoints.

First of all, a word of thanks to you for making this material available to me.  I have struggled with pretending to be me for the better part of my life.  I was so far removed from my Source that I couldn't even identify who I was or when I wasn't me.  Through the exercises, I have experienced clearly what the problem was and even better, the exercises offered the solution.  Which is more than most therapies do.

I have made the primary to attend the Master's Course and feel very motivated to contribute to making this lovely Planet more enlightened by helping other people to regain their ability to have positive control of their lives and become happier and more caring for the whole world.  Thank You. –L.v/d L.

Hi Harry, This is the first time that I have delivered Avatar and I'm having a blast! Everyday during the course, there are things falling into place. Identities shed, secondaries discreate, and realizations come.

Most important realization: I have found that I have been creating my own enemies all of my life. I can let that go now and fully appreciate everyone as they are. The world really is a reflection of me.

The integration of that has led to all sorts of things happening. It's like wishes being granted without having wished for them! So long, and thanks for all the fish. –L.S

I came to the Avatar Course in order to change my character. Change the impression I'm giving to others and become a successful person who has enough money to build schools and other facilities for people who can't help themselves. I realized that my dream was a small one.

I'm confident now, that through expanding Avatar, my dreams will come true and incidents in the world such as war or disputes will resolve by integrating all belief systems. My new life starts today. I'm full of joy. –M.O.

If I didn't get to know Avatar, I would have been a victim living in the dark. Thank you for your support and the Masters. I could become a baby without judgment. I can put things into action as a primary, not a secondary. I can become what I want. Thank you from my heart. This is my first day of my rebirth. With love and appreciation. –Y.T.

With Avatar everyone wins. Every person who becomes an Avatar shifts the collective consciousness toward greater tolerance and understanding. Helping yourself with Avatar helps everyone else at the same time. –Harry Palmer