Are You Missing a Shoe? 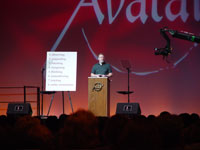 Ask people what they believe and you are likely to get an assortment of what they want, what they have heard, and what sounds reasonable, or, according to survey, is most likely to be praised. Do they believe the things that they are asserting? Most of the time the answer is no. But dig beneath the asserted beliefs and you will find the real beliefs that are shaping behavior and creating reality.

Real beliefs, whether deliberately chosen or methodically indoctrinated, create a blueprint for what you perceive and how you interpret it. During ordinary moments of consciousness this blueprint causes you to perceive certain things, and to tune out certain other things. Changing a real belief can change your state of mind, can change what you pay attention to, and can change what you see. A real belief can actually make objects disappear from your consideration.

A stage magician hypnotized a subject and asked him to remove his shoes. He did. The hypnotist then installed a belief (he called it a post-hypnotic suggestion) that when the subject awoke he would not see his shoes. The shoes were then placed on the floor, in plain sight, a few feet in front of the subject's chair.

The hypnotist counted backwards from 5 to 1; telling the subject between each number that he was gradually awakening and would on the count of 1, fully awaken, feeling happy and refreshed.

The subject awoke smiling as if nothing had occurred. "I'm sorry," he said, "I guess I'm not a very good subject."

The hypnotist pointed at the subject's feet and asked, "Where are your shoes?"

For an instant the subject was baffled that his shoes were missing. He looked around; looked right past the shoes in plain sight, and finally replied that he had not worn any shoes.

The hypnotist pressed him. "Do you mean to tell me that you came to the theater tonight without any shoes?"

The audience laughed and the subject began to squirm and become defensive. "Yes," he said, "I do that all the time!"

"You come to the theater without shoes?"

"It is my way of protesting," asserted the subject.

"May I ask, what are you protesting?" asked the hypnotist.

"I'm protesting a system that forces me to do things that I don't want to do," he asserted.

"And you don't want to wear shoes?" asked the hypnotist.

The hypnotist pointed directly at the shoes, touched them, and tapped them on the floor. "Aren't these your shoes?"

"Oh yea, I took them off when I came on stage so I wouldn't fall. They are new and the bottoms are still slippery."

What is truly remarkable about this event is that the hypnotist's implanted belief not only caused the shoes to disappear from the man's perception, but also misled the man's mind to create a reasonable explanation for the missing shoes. 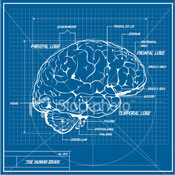 A transparent belief, hypnotically implanted, can create a mental blueprint that causes the mind to selectively perceive.

The prime directive of the mind, it raison d'etre, is to make sense of what is perceived. In this case, it not only created an explanation but also embellishing upon it with a new belief created out of thin air: "I'm protesting a system that forces me to do things that I don't want to do." The person is now living with a lie.

Why didn't the subject just say, "I don't know where my shoes are?" That would have been an honest answer, but it would have forced his mind into a vulnerable state of not knowing. Not knowing can be humiliating as well as dangerous. A common response to not knowing is to engage in speculations, assumptions, and delusions.

Some psychoanalysts will tell you that this is a defense mechanism: a means of avoiding a potential threat to self-esteem or a conflict with self-image. It is a mind suffering from incomplete data and engaging its own imagination to make itself right and protecting self-esteem. People do not easily tolerate a state of not knowing, and often choose to distort reality rather than suffer vulnerability. That is the path our hypnotized subject followed. 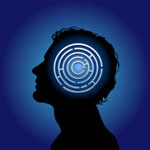 Our subject was compensating for incomplete data caused by a particular kind of implanted belief, but similar defense mechanisms can be found for all sorts of transparent beliefs. The mind has a deep compelling urge to be right, and this urge can cause you to assert things that you really don't believe. This complicates what would otherwise be a clear connection between real beliefs and experience.

According to the Avatar Materials, what is an Avatar?

The word comes from the Sanskrit "ava" meaning down or decent and "tara" meaning to cross over or to pass through. In Hindu mythology, the word is used to refer to a deity that has voluntarily assumed physical form to participate in the world of created things. In the Avatar Materials, the word is used to describe someone who has followed the path to undefined source awareness, and can create "downward" and embody self in their own creations.  This is what is expected of a successful Avatar Course graduate.

A belief is transparent when you are operating through the belief without noticing it. Transparent beliefs are seldom helpful and, in fact, can be fatally debilitating. Most are self-sabotaging, adopted in a moment when you were something less than rational.

The first impression you have of a transparent belief is that it is unquestionably true. That's just the way life is. That's the way I am. Here's the proof! But then something funny happens. You discover that the proof for holding the belief is actually produced by the belief itself. A pattern begins to unfold.

Buy ReSurfacing and do the Transparent Belief Exercise

ReSurfacing refers to the action of disentangling yourself from old creations and rising back into awareness.

ReSurfacing is a new approach to these age-old questions. You will find the answers by exploring the underlying structure of your own consciousness.

You will discover new insights and realizations about how your life works - or why it doesn't.

As a student and facilitator of A Course in Miracles for the past 20 years, I found the Avatar ReSurfacing course to be an experiential demonstration of the principles set forth in the materials. For me, it was very exciting to watch beliefs shift from transparent to non-active, and perspectives become broader or change completely. It was an awesome and joyful experience and I look forward to many more. –S.S.

Dear Harry, Today, my sister, Rebecca, came to finish ReSurfacing. She did day 1, two years ago and hadn't 'found the time' to finish.

We went through the Will Mini-Course before diving into ReSurfacing. Right from the get go, she started having realizations and handling life and family issues – Baby Huey stops the abuse induced by familial beliefs that have been haunting since forever.

By the time she did the Expansion Exercise, she awakened an "I" that had slumbered for years. I had my sister for the first time ever connected heart and soul. We cried and hugged without costumes. She's coming to the next International Course. A new Avatar awakening.

With deepest gratitude and love. –L.W.

Hey reader, if you thought that the Master's Course was going to be something similar to Avatar, you were wrong. The Master's Course, like the Avatar Course, is a whole new experience in life.

So, what was the Master's Course like for me? Well... it was real!  I mean really real!! I felt it was much better than the Avatar Course.

The shy person I am, I found it quite difficult to communicate with people in my world. However, the world of Avatar is truly different. You get to know so many people and soon you get more confident. Well, that was how I felt. It was just like kindergarden where you just don't care and just be friends. Be happy, right?

So, to you, reader, if you haven't gone to Masters, I really recommend it from the bottom of my heart. And to those who've finished the Master's Course, keep it up and hopefully we'll meet someday in either the Pro or Wizard's Course. You never know... PRIMARY?

Love you all and hope you enjoy your life to the fullest. –J.L.

Taking The Next Step

With Avatar everyone wins. Every person who becomes an Avatar shifts the collective consciousness toward greater tolerance and understanding. Helping yourself with Avatar helps everyone else at the same time. –Harry Palmer